Pine Bluff, Ark. – Jerry M. Hunter of St. Louis, Mo., and Mindy West of El Dorado, Ark., have been added to the Simmons First National Corp. (NASDAQ-GS: SFNC) board of directors, it was announced today by Simmons’ Chairman and CEO, George Makris Jr.

Hunter is a partner in the St. Louis office of Bryan Cave LLP, a global law firm with 27 offices across North America, Europe and Asia. He served as the general counsel of the National Labor Relations Board from 1989-93.

West serves as executive vice president, chief financial officer and treasurer for Murphy USA Inc. (NYSE: MUSA), which sells fuel and convenience merchandise in 1,400 stores around the country. With revenue in excess of $11 billion, Murphy USA was incorporated in 2013 when it spun off from Murphy Oil Corp. of El Dorado, which now focuses on oil exploration and production activities.

“Mindy and Jerry bring strong financial and legal skills to our board and will play key roles in guiding our growth in the years ahead,” Makris said. “Their insight will be invaluable as we continue to build one of the nation’s top regional banks.” 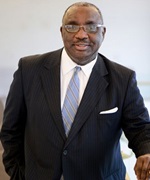 Hunter received his bachelor’s degree from the University of Arkansas at Pine Bluff and his law degree from Washington University at St. Louis. He was admitted to the Arkansas bar in 1977 and the Missouri bar in 1978. Hunter was the labor counsel for the Kellwood Co. of St. Louis, a field attorney for the NLRB and a senior trial attorney for the U.S. Equal Employment Opportunity Commission. From 1986-89, Hunter was the director of the Missouri Department of Labor and Industrial Relations, the department that enforced the state’s labor and employment laws and regulations. He also was a member of the Missouri State Employees Retirement System board and the chairman of its investment committee.

As the NLRB’s general counsel, Hunter oversaw the operations of 33 regional, two sub-regional and 17 resident offices. He represented the agency before federal district courts, appeals courts and the U.S. Supreme Court. At Bryan Cave, Hunter represents management in all phases of labor and employment law.

West, a certified public accountant and certified treasury professional, earned a bachelor’s degree in finance from the University of Arkansas at Fayetteville and a bachelor’s degree in accounting from Southern Arkansas University at Magnolia. She worked 17 years for Murphy Oil Corp. and held positions in accounting, employee benefits, planning and investor relations. West was the company’s director of investor relations from July 2001 until December 2006 and its vice president and treasurer from January 2007 until August 2013, when she joined Murphy USA.

At Murphy USA, West is responsible for finance and accounting functions while leading numerous strategic initiatives for the company.

You are leaving the Simmons Bank web site. Simmons Bank does not provide, and is not responsible for, the web site’s content or performance. Simmons Bank suggests that you consult the Privacy Disclosure on the site for further information.